In the train from Tel Aviv to Naharya, Israel.

To be honest: I feel terrible. I feel so damn vulnerable, I am wondering why I choose to do this and if I will ever get over this. I left the dojo this morning and it feels similar as leaving Amsterdam. It was a safe space for me. It was structured, I knew what to do, where to sleep and at what time to get up. Now I am by myself again, the train that I’m was late and slow. My plans for the coming days are falling apart. I won’t be able to make the appointment I made this morning and therefore I will probably miss a whole chain of appointments. Worst thing is that I worry about my neck. I have a vertebrae that is not as aligned with the others as he should be, giving me constant tingling in my hands. In the week before I left I had 3 sessions with my physiotherapist that had helped a lot. But I guess I screwed it up with poor aikido skills. The tingling makes it difficult to type, which make me feel helpless. What if it gets worse? Then again, typing is still better than sitting still with my hands in my lap.

I am in the train to Naharya, on my way to the graves of my grandparents. My grandfather Johan Pilon is the founder of Nes Ammim, a Christian settlement that was founded in 1960. He believed the holocaust was made possible by the lacking dialogue between Jews and Christians. As a young student of medicine in Amsterdam he could see how his Jewish friends were deported. He made it his life work to create healing between Christians and Jews. In his vision the best way to do that was to help built up the country. Just work and live together, without any intention of converting each other.

My grandfather died when I very young. I am the only grandchild he ever held in his arms. He died a year after my brother was born, unfortunately without seeing him. My cousins came later.

He has a kind of mythical status; supposedly he was a very special man. When he was still a gynecologist in Tiberias there were people who wanted to touch him to get some of his goodness. Because I grew up with a father who completely ignored our existence, my successful grandfathers were my distant role models. I grew up with the feeling I had partially rotten genes but there was some holiness in the distance.

During last Christmas dinner I told my youngest niece about my quest and my intention to give workshops too, thus creating communities or giving groups people a ‘warrior’ experience of connection she said “ah, just like our grandfather”. Beng, I had not seen that similarity at all.

The last time I was in Nes Ammim was about 10 years ago, when my grandmother died. She had devoted her whole life to carrying on the life work of her husband. We buried her next to her man. Her sons and grandsons carried her coffin to her grave. We closed the grave together, sweating and crying in our suits under the Israeli sun. The funeral was very special, there were Christians, Arabs, monks, nuns and enough Jewish men to say kaddish. Everybody united in this torn country to pay her respects to the lady who had just passed away.

I feel that it will be emotional. I can feel the tears burning behind my eyes already. I don’t know what it will bring me. I also don’t know what to do when I’m there. I want to honor their spirits in some way and I brought my meditation cushion. Secretly I am hoping that I will have some sort of mystical experience that will heal my body and my soul and will wipe all the family karma away. 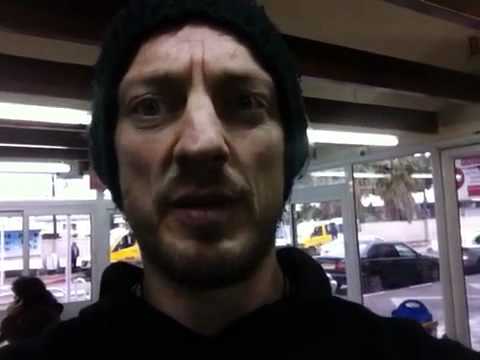