In the plane from Athens, Greece to Tel Aviv, Israel.

How do I feel? I’m tired, relaxed and curious. My plane to Tel Aviv just took off and I have 1,5 hours to write about my experience in Athens. Where shall I start?

I am a different man. I lost my couchsurfing virginity in Athens. Coachsurfing.com is a website where local people offer their couch to travelers to spend the night on. So you get to spend the night for free. But that is not the most important thing. The most important things for me was that complete strangers made me feel welcome in their country, their city and their house. For a guy that fears rejection that is a big deal.

I made a profile about a week ago and sent out two emails. In both cases I was welcome. My first host had a home cooked meal in the oven when I arrived at her place, my second host had invited a small group of friends to have a workshop in his house. Both of my hosts took me to the Akropolis, which was closed both times (insert Greek joke). Picture taken with my iPhone.

I left home with an ambition and a plan based on assumptions that I hoped to come true but feared to be wrong. After two days in Athens I am actually confirmed in the idea that what I believe in might actually work: good intentions are appreciated and rewarded. I feel I collected useful data and made a contribution. I left Athens lot happier then I arrived.

What did I learn? It feels very strange to tell people that you will travel for a year and have 364 more days to go. At the same time the realization struck that a day is just a day and human beings are human beings. I spent my time working, speaking, listening, writing and socializing. Just like any other day in Amsterdam. And the days went by as fast. I don’t know if it will stay this way but I got the feeling that I can work anywhere on the planet. That feels nice.

This video is taken on the bathroom of the restaurant, a minute after that moment. 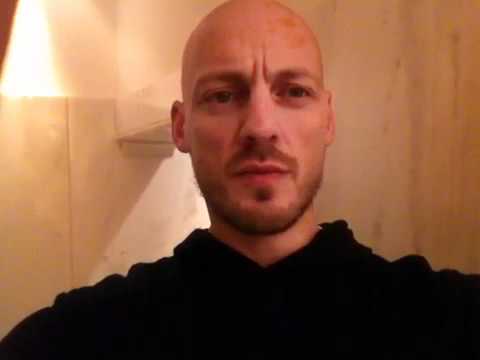