This morning I felt somewhat nervous and depressed. I get that feeling when I don’t feel useful and limited. Here I feel physically limited by the city. I miss exercise and tried running a couple of days ago but the exhaust fumes of the traffic make it uncomfortable to breath (just walking outside feels already unhealthy). Second is that I don’t get the amount of work done because of limited access to the Internet. I am starting to feel guilty and to feel I am losing control over my project: things are not going as I hoped and expected. I was very easy to make appointments but they were cancelled and postponed just as easily.

I would like to make a contribution but I don’t want to intrude. People are working here. I feel frustrated, I feel sad. And I’m getting angry because this post is taking it’s own direction. I don’t want a sad post.

What can I do? I can accept, surrender and start all over again. I can stop taking myself so fucking serious. I can overcome my embarrassment to offer something and I can take no for an answer. I can be flexible. I can be less ambitious and more sensitive to what is needed.

I am smiling again. I feel less contraction. I feel ridiculous but happy. For the kazillionth time I learn that just expressing what is alive in me and looking at it with a compassionate mind makes the difference. And it just took five minutes.

I made a friend here. When we were in her car on the way to a restaurant I asked her about the Civil War. She had told me that her father was involved. I asked her if that meant he was actually fighting. She said yes, her father was part of some Christian militia. In fact, he was the third man. She told me that the Shia Muslims kidnapped him once. “It was not that bad in the sense that he survived. He was beaten up but not tortured and killed, what happened a lot too. But there is actually a beautiful story to it. They kept my father in a cave. They weren’t beating him but they weren’t feeding him either. Somehow a young child from a local village had found my father. He would sneak in every day to bring my father some food and water. For this reason my father was in reasonable shape when they released him. Later, he tracked down the family of the boy to thank them. It was a very, very poor Muslim family. He asked if he could help and offered financial support. The family declined. The only thing they asked for was a bicycle for their son. My father gave him a bicycle.”

For me the beauty of the story is that the child didn’t see an enemy in the prisoner of his tribe but a human being who was thirsty and hungry. He acted accordingly. I wonder how he is doing now.

The video is taken right after finishing this post, the picture is taken from my room, and for the sake of esthetics, a picture of the sunset. 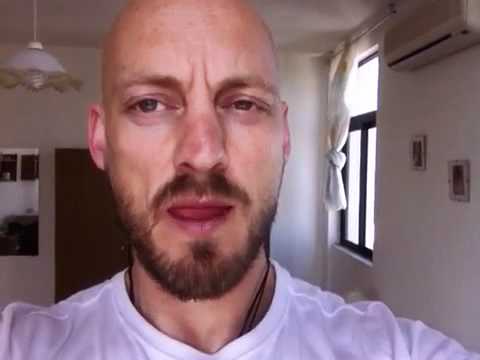