Today was the fourth day of “The Quest For The Noble Leader”; the personal leadership seminar I am giving in Iraq. Turns out that one of my participants is a tv person so I found a camera team at the training facility this morning. I was filmed during my work and interviewed shortly afterwards. It made me a bit shy but I assume my proud and confident translator compensated it. Dr. Zead seems to be a man of stature in Iraq and behaves accordingly.

Because of the upcoming Arabic Summit the security measurements are intense. I am told that even for Iraq the situation is extreme. Before I came I was made to believe that the summit was a good thing for me because more foreigners would come and wouldn’t be the weird one out. Now I know it is the opposite. The security is worse than the terror. Or: the security is a different form of terror. Every 300 meters you have checkpoints where soldiers check the cars for bombs (or just wave you through). The system is completely brainless. Imagine the airport but now with 50 scanners for your luggage instead of 2. It doesn’t make the situation any safer but 100 times more frustrating.

And bombs still go off. On the second day I felt the ground shake before entering the classroom, yesterday I was in the taxi on Tahir Square when a car bomb exploded very close. Strangely enough I felt no fear. It was silent for two seconds and then all the traffic started to move at once which created enormous chaos. I realized that everybody was afraid for the possible second bomb and I also realized that I had no chance to go anywhere if it would have exploded near me. It was as if I just felt no urge to panic. I was completely calm and led the meditation 20 minutes later. That only friends from Lebanon texted me to ask if I was ok and nobody from Holland seemed to have noticed was more unnerving.

In the morning we start with meditation. Every morning when I open up I feel a wave of deep sadness going through my system. It is the moment where I remember that there is nobody waiting for me anymore and I feel utterly alone around the Arabic voices. But now, as I type this, I realize that when you are thrown in front of a group that doesn’t speak your language without one second of preparation while you are heartbroken, during a war and right after a car bomb exploded near you and you still do a good job helping people open their hearts, you can’t be that bad. Maybe it is time to get rid of my beliefs around feeling inadequate and incompetent. Maybe I am a good guy. Would that be possible?

There is something very strong awakening in me. I feel that I have a love that can’t be destroyed. You can dump me, frustrate me, challenge me, betray me, doubt me or reject me but you can’t destroy my capacity to love. And I can love Jews, Christians, Muslims, soldiers, participants, Lebanese, Germans, Israeli’s, Palestinians, cities, villages and nature. The next step is to completely love myself. I will get there.

The last two sentences came as a surprise and make me feel sad. I am not there yet. But I realize how the workshop is helping me (how do I love this process of just typing what comes up, such surprising things appear on my screen). Because I work with a translator who translates my words into Arabic I have less space for nuance and less space to give my words that hint of self-doubt that makes me feel safe. I have to be confident and to the point and then pray my words are translated correctly and arrive on the place I aimed for. So I have to trust my own words and then surrender. Trust. Surrender. Trust. Surrender. Trust. Surrender. Over and over again Meanwhile my participants are reporting they are growing stronger and stronger every day. So something is working. I guess I can trust that something. Now I only have to surrender.

Here the video I took in the taxi right after the explosion. You can’t see much but hear the panic. Because soldiers are very nervous after a bombing and shoot at everything you can’t film (a mobile phone can be a detonator, you do the math). 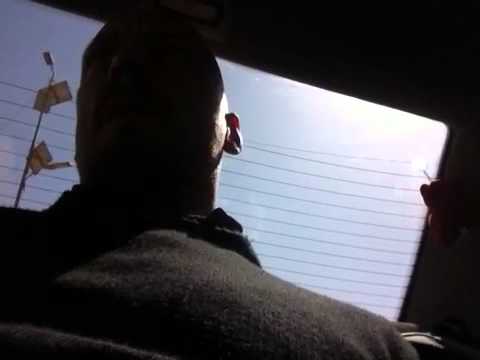 Do you appreciate what I am doing? Please support me and my journey by recommending and sharing my posts on Facebook. It is such a small effort and really important (let me explain). And please consider making a financial, moral or relational contribution. Your help means a lot